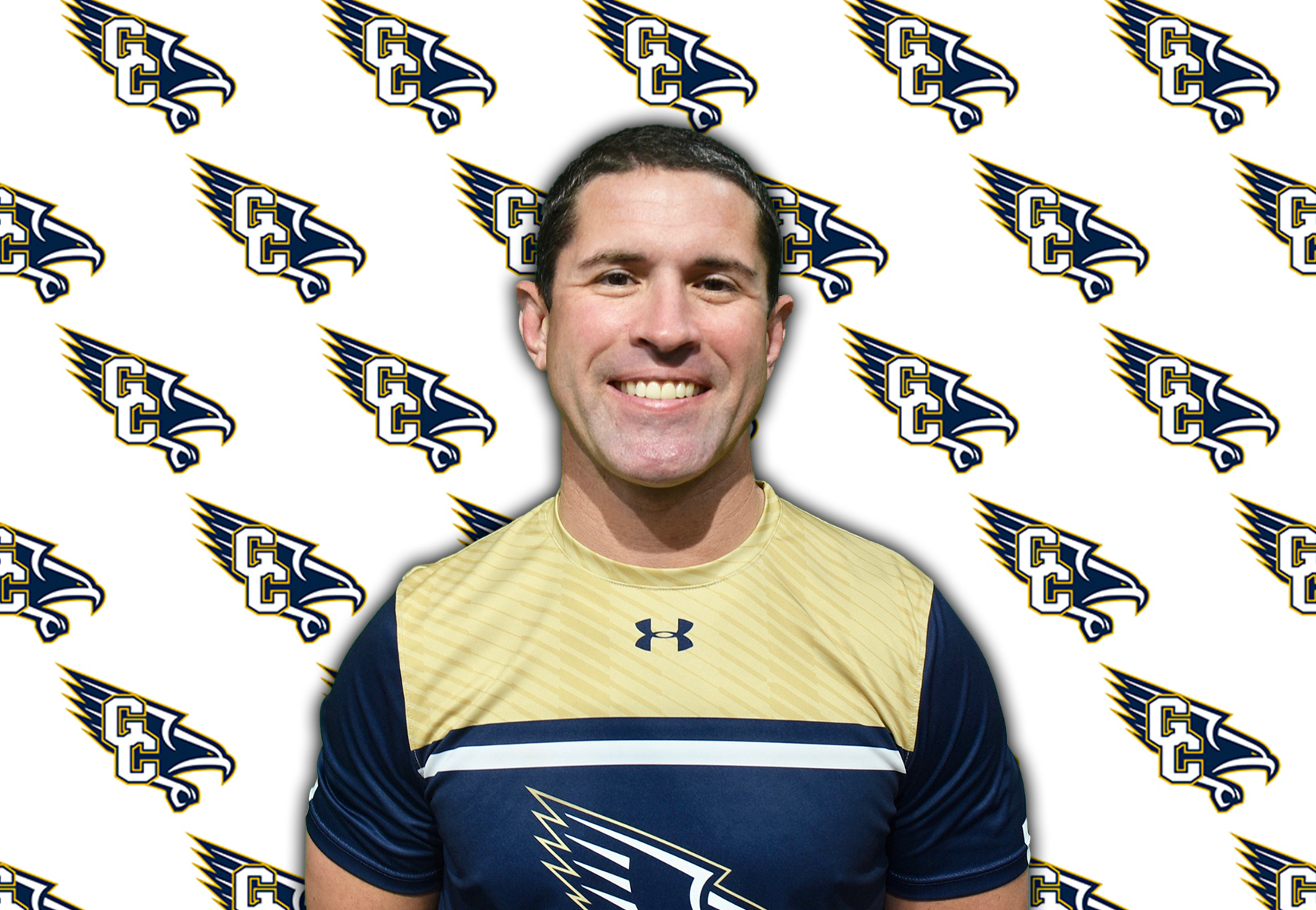 Skylar Saar, for 14 seasons, built the Our Lady of Good Counsel High School wrestling program into one of the nation’s finest. After two years as an assistant, he returns as head coach in 2020.

Kyle Snyder, a two-time All-American under Saar, is an Olympic gold medalist and two-time world champion. He speaks highly of the role Saar played in his development.

Skylar Saar, for 14 seasons, built the Our Lady of Good Counsel High School wrestling program into one of the nation’s finest. After two years as an assistant, he returns as head coach in 2020.

Kyle Snyder, a two-time All-American under Saar, is an Olympic gold medalist and two-time world champion. He speaks highly of the role Saar played in his development.

“So, you start to really trust what he tells you, and through that you become very comfortable with him and his coaching. It’s really important for any athlete to believe in what they’re doing and know that their coach has their best interest in mind.

“I always knew that with Coach Saar.”

Snyder, currently in training for the 2021 U.S. Olympic Trials, thinks Saar is going to do a “great job” in his second stint leading the Falcons.

“He’s extremely competitive with a great hunger to win and create top wrestlers and good people,” he said. “I know he’s going to get the job done.”

“Skylar led our wrestling team to unprecedented heights, mentoring exceptional wrestlers like Kyle and many others,” Howes said. “Our student-athletes deserve the best opportunity to maximize their talents, and I know Skylar can do that again. I’m excited to watch our wrestling program grow and develop under his guidance.”

Saar’s 2011 club won Good Counsel’s first Catholic league title in 30 years. The 2013 state championship was another first. The 2016 Falcons had seven state finalists and six champions. From 2013-16, his wrestlers’ record in dual meets was 52-0.

At the 2013 National Prep Wrestling Championships in Bethlehem, Pa., GC placed third. Three years later, it was fourth. Saar’s Falcons have finished in the Top 10 at the Lehigh University-hosted event five times.

The Washington Post named Saar 2013 All-Met Coach of the Year. In 2016, his Maryland colleagues accorded him the same honor. He has coached 19 individual state champions and 34 National Prep All-Americans.

Saar helped Snyder enjoy one of the finest careers in high school wrestling history. From 2011-13, he was 179-0 and won three National Prep championships. He was named to the prestigious 2012 Asics All-American team. As a junior in 2013, he was honored as Asics All-American Wrestler of the Year.

As Snyder began out-classing his practice partners, Saar had to get creative in ensuring his budding champion was being challenged and continuing to advance in skill and technique.

“Whether it was him or a new assistant coach or bringing in other athletes, Coach Saar made sure there was somebody there who could push me, or he was pushing me mentally,” said Snyder, who finished school in Colorado while in residence at the U.S. Olympic Training Center. “He was a good motivator.”

“Coach Saar did a great job building up all of us. He’s really good at developing guys who had never wrestled before.”

Snyder cited his brother, Stephen, who preceded him at GC and went on to win two state championships and attend the U.S. Military Academy at West Point.

“My older brother started wrestling when he was a freshman, and he became Good Counsel’s first state champion, a National Prep placer and wrestled in college,” Snyder said. “That’s just one guy, but there’s tons of guys like that.”

Kyle Snyder became a four-time All-American at Ohio State and three-time NCAA champion. He won world titles in 2015 and ’17 at 97 kilograms. In 2016, Saar traveled to Rio de Janeiro to see his former star win an Olympic gold medal. The two keep in close contact.

“I still call him ‘coach,’ but now he’s also my friend,” Snyder said. “He’ll always tell me the truth about my wrestling.”

Snyder is among several of Saar’s athletes who have competed in college. His younger brother, Kevin, followed him to Ohio State after winning a state championship.

Prior to graduating from Good Counsel as an honor roll student in 1998, Saar wrestled for four years at 152. He placed at state his final three seasons and, as a senior, was named second-team All-Met. He earned National Prep All-American recognition by finishing seventh in 1998.

Saar played four years of rugby at James Madison University in Harrisonburg, Va., and graduated in 2002 with a degree in kinesiology. In 2006, he added a master’s in exercise physiology from California University of Pennsylvania.

Saar has been the Falcons’ strength and conditioning coach since 2004 and teaches physical education and international baccalaureate exercise science. He is a certified specialist in strength, conditioning and performance enhancement.

Skylar Balland Saar was born in Germantown, Md. He and his wife, Sarah, a Good Counsel science teacher, live in Derwood, Md., with their daughter, Everly.