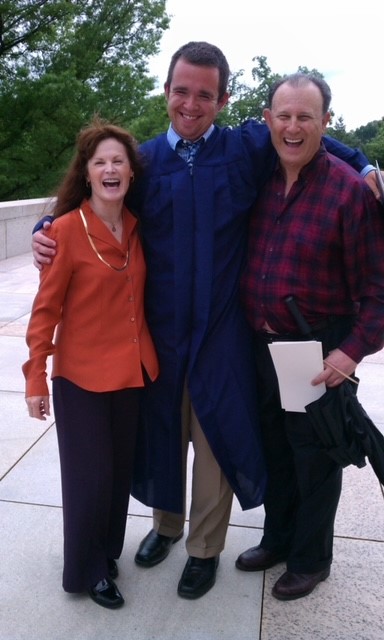 Thomas Fischetti ’62 is a member of Good Counsel’s first graduating class. While at GC, he was an honors student, wrote for the school paper, played intramurals, and was a member of the baseball team. Tom and his wife, Beverly, launched this scholarship initially in 2019 to provide for a student with financial need who has a talent in the arts.

The scholarship celebrates Tom’s work as a painter, working predominantly in watercolor. Through his use of watercolor he is interested in how the material will determine direction and form within the work, inevitably establishing a connection between himself and the subject. His work has been shown in exhibitions around Maryland.  Tom personally found painting to be a highly effective form of therapy, offering him benefits both physically and psychologically.

Tom and Beverly Fischetti expanded the scholarship in 2021 to also honor Tom’s grandson, Spencer Wilson ’13, who died tragically in a car accident. Born on March 27, 1995, Spencer always wore a constant smile and had a strong sense of self. Having discovered golf at a very early age, Spencer became devoted to the game. He was a proud graduate of Good Counsel and member of the golf team. Spencer pursued his passion at Coastal Carolina, graduating as a PGA professional from the school’s nationally accredited Golf Management program. After graduation, Spencer enjoyed his career as a PGA professional serving at several private country clubs including Promontory Club in Utah, Sanctuary Club in Florida, and Lake Toxaway Club in North Carolina. He is remembered as an inspiration by everyone he knew for his unfailing kindness, gentle spirit and generous heart.