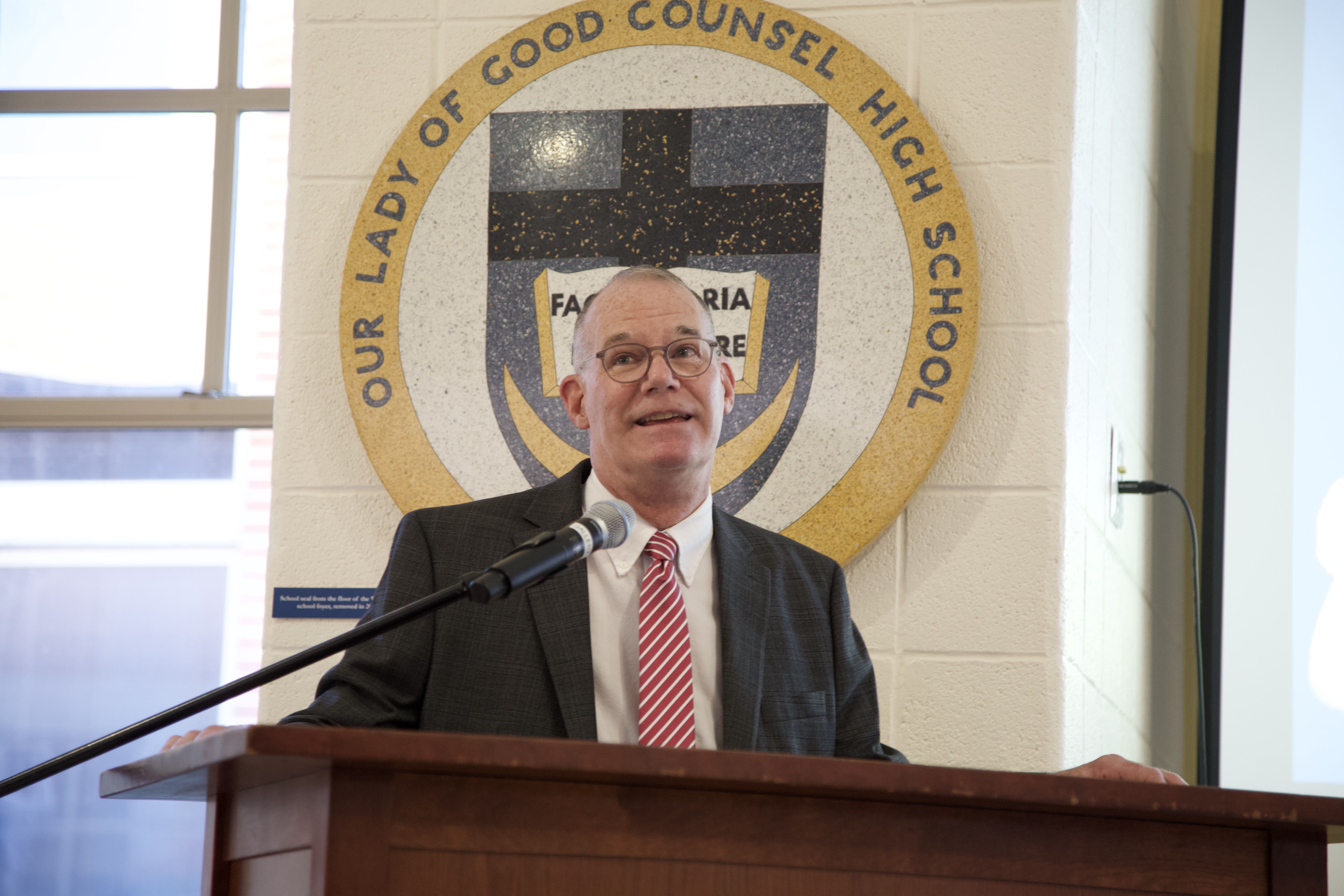 Bill Jones started as a Science teacher at Our Lady of Good     Counsel High School in 2006. He became STEM Director in 2014   and has been a member of the Good Counsel faculty for 16 years.   Under his leadership, GC students have graduated from prestigious engineering programs across the country, including Johns Hopkins, MIT, the California Institute of Technology, Virginia Tech, RIT, and the University of Maryland. Bill will retire in June 2022, and to honor his legacy we are asking alumni, parents and friends to join together and endow a scholarship in Bill’s name to provide annual financial assistance to a deserving incoming student in the STEM program.

Good Counsel’s STEM program introduces students to engineering through a nationally recognized, hands-on, project-based curriculum called Project Lead the Way (PLTW). For the fifth consecutive year, Good Counsel has been recognized as a Distinguished Project Lead the Way School—a distinction given to only 3% of qualified schools nationally. Students are admitted into the STEM Program prior to freshman year.

Bill attributes the program's success to former science chair, Rick Miller. "Rick had the original vision for the GC STEM program," said Bill. "Through his efforts, plans for the physical remodeling of our labs to create two STEM labs and the implementation of the course sequence were created." Under Bill’s leadership, the program continues its elite status, as one of only two schools in Maryland to receive the PLTW distinction each of the past four years. Adorning the walls in Bill’s STEM lab are the names of every graduate since the program began, which has seen graduates earn 95 academic scholarships totaling $4.4 million.

Recipients will be awarded beginning in the 2023-24 academic year.