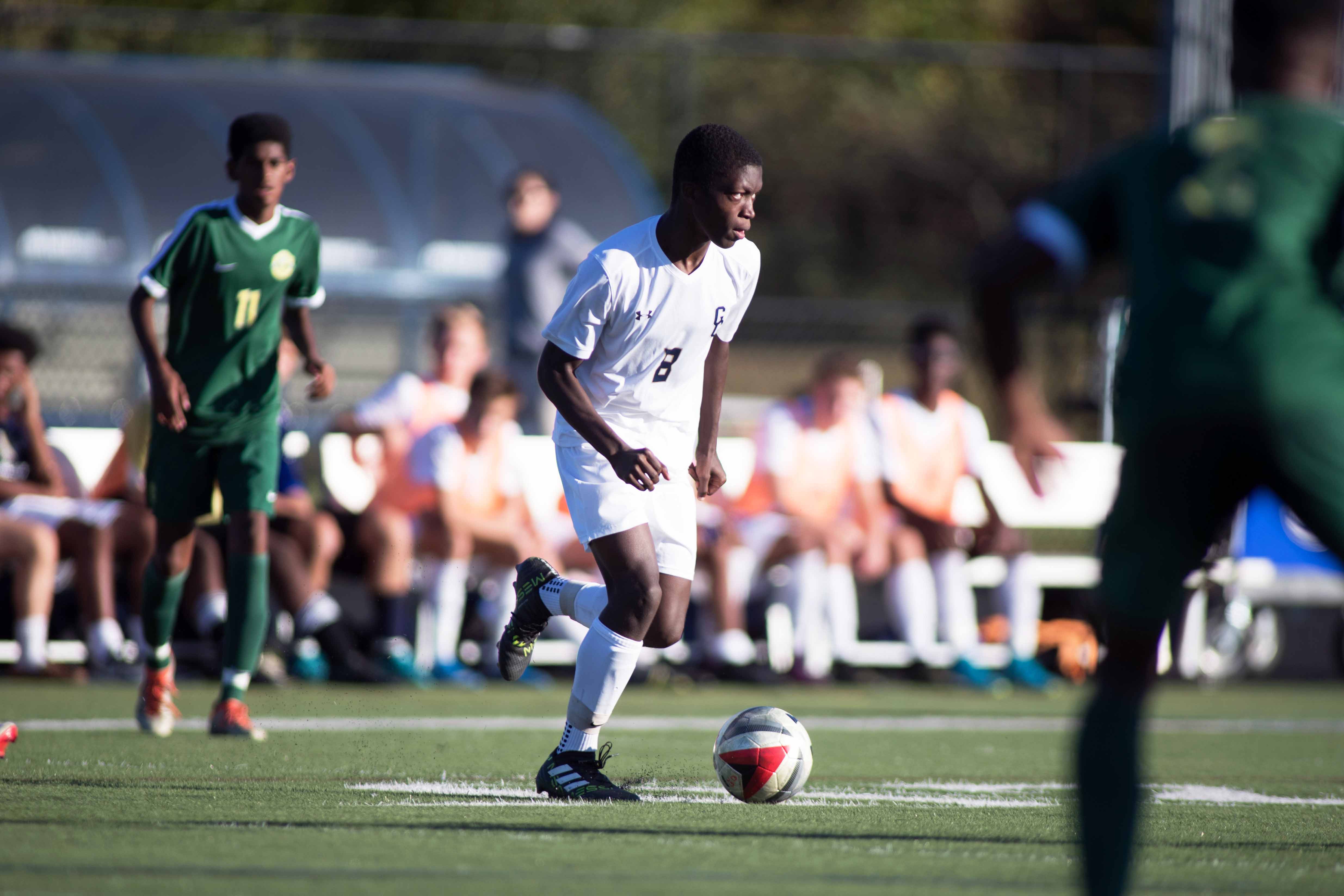 Jeremy Spoales came to Our Lady of Good Counsel in 2017 with a goal of the developing the boys soccer program into a champion. He and the Falcons accomplished that goal in 2021 by winning the Washington Catholic Athletic Conference championship.

It was Good Counsel’s first league title in 33 years. In its final poll, The Washington Post ranked the Falcons No. 1. It was the first time Good Counsel (16-2-2) concluded a season in the top spot.

Tommy Myers was named first-team All-Met, while second-team honors went to Patrick Wiercinski. The Pigskin Club of Washington honored them as co-Players of the Year. The organization named Spoales Coach of the Year.

Spoales’ first two teams (2017-18) won WCAC playoff games before falling in the semifinals. In 2019, he guided the Falcons to the championship game for the program’s first finals appearance since 1988.

Nick Mayronne was named first-team All-Met that season. The year before, he was an Allstate All-American.

Spoales began the boys soccer program at Clarksburg (Md.) High School in 2006. His first team, without any seniors, finished 6-6 and won a playoff game. The Coyotes advanced to consecutive regional finals in 2007-08 and added division championships in 2008 and 2010. Peabo Doue was an ’08 second-team All-Met.

Clarksburg reached the summit when it captured the 2009 Maryland 3A state championship. The Coyotes went 13-1-3 in winning the school’s first team state title. In the Post’s final ranking, they finished No. 2.

With a team GPA over 3.5, United Soccer Coaches (then NSCAA) recognized the squad with an Academic All-American award. In the final FAB 50 poll, the team was ranked 50th nationally.

Spoales helped Julio Arjona become the Post’s 2009 Player of the Year and an ESPN RISE first-team All-American. He went on to play for the U17 U.S. national team. He and Doue played Division I in college and professionally in the United Soccer League.

Spoales remained at Clarksburg through the 2012 season. The next year, he was an assistant girls coach at Oakdale High in Ijamsville, Md.

Spoales was head boys coach for five years (2001-05) at Paint Branch High in Burtonsville, Md. The Panthers won three playoff games in his final season to qualify for the Maryland 3A regional finals. It was just the second time in school history the team had advanced that far.

Spoales guided the U17 Potomac Blue 05 club team to a No. 1 national ranking and quarterfinal finish in the 2022 United States Youth Soccer Eastern Regional Championships. He also assisted a U14 Potomac team with several Good Counsel players that advanced to the USYS national finals.

During the summer of 2014, Spoales led a Potomac U18 squad to a No. 2 final national ranking. He holds a C license from U.S. Soccer.

At Springbrook High in Silver Spring, Md., Spoales competed in soccer, basketball and swimming before graduating in 1995. He was a two-year starting midfielder and defender in soccer. His 1993 team won a division championship.

Spoales was a Dean’s List student four times as a junior and senior at the University of Maryland. He graduated in 2000 with a bachelor of science in secondary education. In 2006, he earned a master’s through Walden University in curriculum development. He is in his 23rd year teaching for Montgomery County Public Schools.

Spoales was born in Washington, D.C., and grew up in Silver Spring. He and his wife, Erin, live in Gaithersburg, Md., with their sons Charlie, Cooper and Chase. Charlie is a junior member of the Good Counsel soccer team.