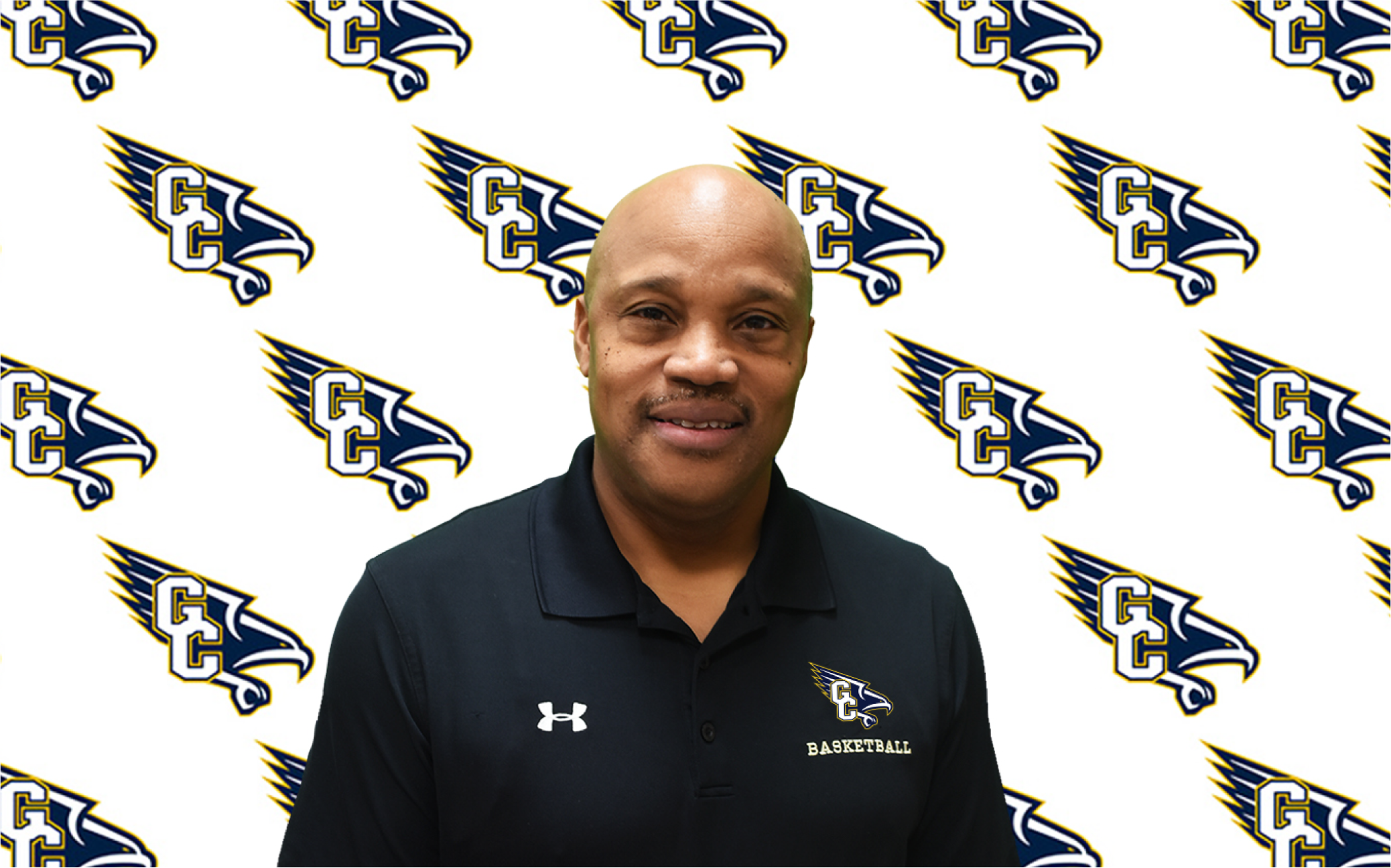 Milton Kimbrough brings highly successful national and international coaching experience to Our Lady of Good Counsel. He enters his fourth year as head girls basketball coach in 2021-22 with the team poised to join the upper echelon of the Washington Catholic Athletic Conference.

Kimbrough came to Good Counsel in 2010 as an assistant coach under Tom Splaine and held that role until succeeding him in 2018. During the 2011-12 season, the Falcons captured the WCAC championship. They were WCAC finalists in 2013 and ’14.

From 2013-17, Kimbrough coached Lindsey Pulliam, a 2021 third-round draft pick of the WNBA’s Atlanta Dream. She was named first-team All-Met by The Washington Post as a junior and senior and WCAC Co-Player of the Year in 2015-16. That team finished 24-7 and was ranked No. 22 nationally by ESPN. She starred at Northwestern University.

Kimbrough began coaching Nicole Enabosi when she was in fourth grade. During her career at Good Counsel, she was a two-time first-team All-Met (2013-14, ’14-15). As a senior, she was named WCAC Player of the Year. While playing at the University of Delaware, she was recognized as the 2017-18 Colonial Athletic Association’s top player.

Enabosi helped lead Ruzomberok to the 2021 Slovakia Extraliga championship and was honored as the league’s Best Player of the Season.

Kimbrough founded the Germantown (Md.) Lady Panthers in 2000. Under his leadership, the organization has helped dozens of players earn college scholarships. In 2018, he led the Panthers to the first Jr. NBA Mid-Atlantic Regional title. The 14U team won an all-expenses-paid trip to Orlando, Fla., for the Jr. NBA Global Championship. It finished third.

Bella Alarie and Lanay Montgomery are among the top players Kimbrough coached with the Lady Panthers. Montgomery played for the Seattle Storm (2017-18), and Alarie was the fifth overall selection of the Dallas Wings in the 2020 WNBA Draft.

In 2009-10, Kimbrough led Washington Christian Academy of Olney, Md., to an undefeated season (15-0). The Wildcats won the Metro Independent Schools Athletic League and the Division I Maryland Christian School Tournament.

Kimbrough co-founded South Germantown Football in 1999 and remained until 2008. He coached a 95-pound team that won the 2002 Capital Beltway League championship.

Kimbrough lettered in three sports at North College Hill High School in Cincinnati. He was named first-team All-League as a senior point guard in 1982-83, and his team advanced to the state semifinals. In baseball he was a two-year starting outfielder. On the football field, he started one year at wide receiver and his final two at quarterback. As a senior, he was the Trojans’ MVP.

Kimbrough continued his football career at Ellsworth Community College in Iowa Falls, Iowa. In his two seasons (1983-84), the Panthers won two conference titles and a pair of Like Cola Bowls. As a freshman, his team was ranked as high as No. 1 in the nation. He still holds the school record for completing the longest pass play (97 yards in 1983). He graduated in 1985 with an associate’s degree in liberal arts.

In 1986 and ’87, Kimbrough was a wide receiver and kick returner at the University of Akron (Ohio) under Coach Gerry Faust. As a senior, he averaged 22 yards on 16 kick returns and caught 14 passes for 245 yards and two touchdowns. He earned a bachelor of arts degree in communication and rhetoric in 1988 with a minor in physical education.

Kimbrough, who was born and grew up in Cincinnati, is a deacon at Fellowship Baptist Church in Silver Spring, Md. He works as lead administration officer for the National Institute of Mental Health. He and his wife, Sarah, live in Germantown. They have two sons, Deshawn and Michael, and one daughter, Sierra.