Mar 5 2019 11:14 AM
Share to FacebookShare to TwitterShare to Google+Share to LinkedInShare to PinterestShare to EmailPrint this page 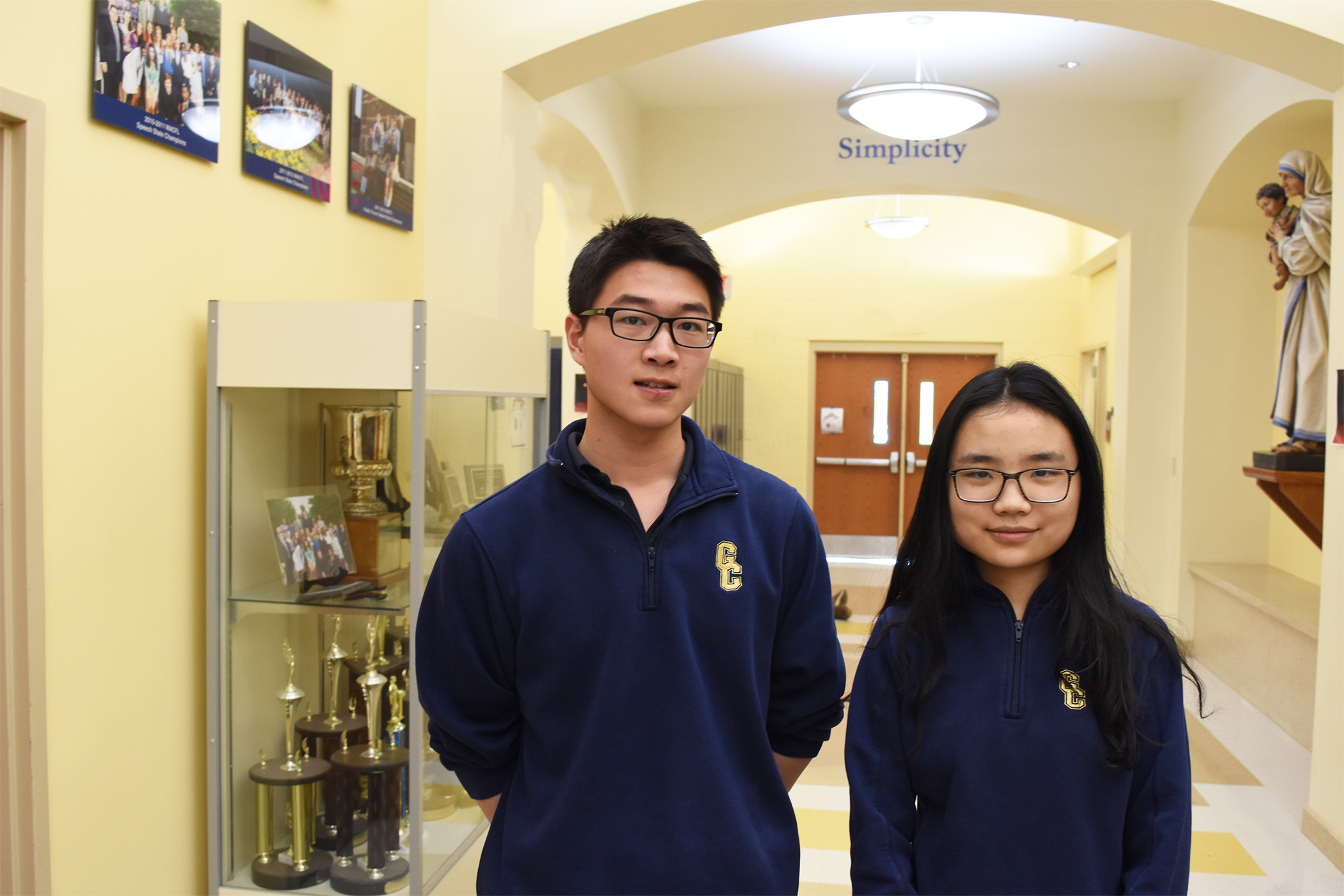 Sophia (Xi) and Naral (Shujie) competed in the 21st annual High School Mathematical Contest in Modeling (HiMCM). It is a mathematical modeling competition sponsored by the Consortium for Mathematics and it's Applications (COMAP) that ran 9-19 November 2018. A total of 785 teams from 283 schools around the world participated. Each team was allowed up to four members to collaboratively solve an applied math problem over the course of the 11-day period.

Sophia and Naral had two problems from which to choose. The one they selected required them to create an algorithm that would rank the top 300 roller coasters worldwide. COMAP provided data on each coaster to include the total drop, number of inversions, construction material, and G-force, along with other characteristics. After constructing their algorithm, the team used it to rate the rides according to the criteria they had developed. Ultimately, the team rated the Steel Dragon 2000 roller coaster at Nagashima Spa Land Amusement Park in Mie Prefecture, Japan as #1!

For their work, Sophia and Naral were designated as finalists in the competition, placing them in the top 7% of competitors.