Mar 2 2020 9:50 AM
Share to FacebookShare to TwitterShare to Google+Share to LinkedInShare to PinterestShare to EmailPrint this page 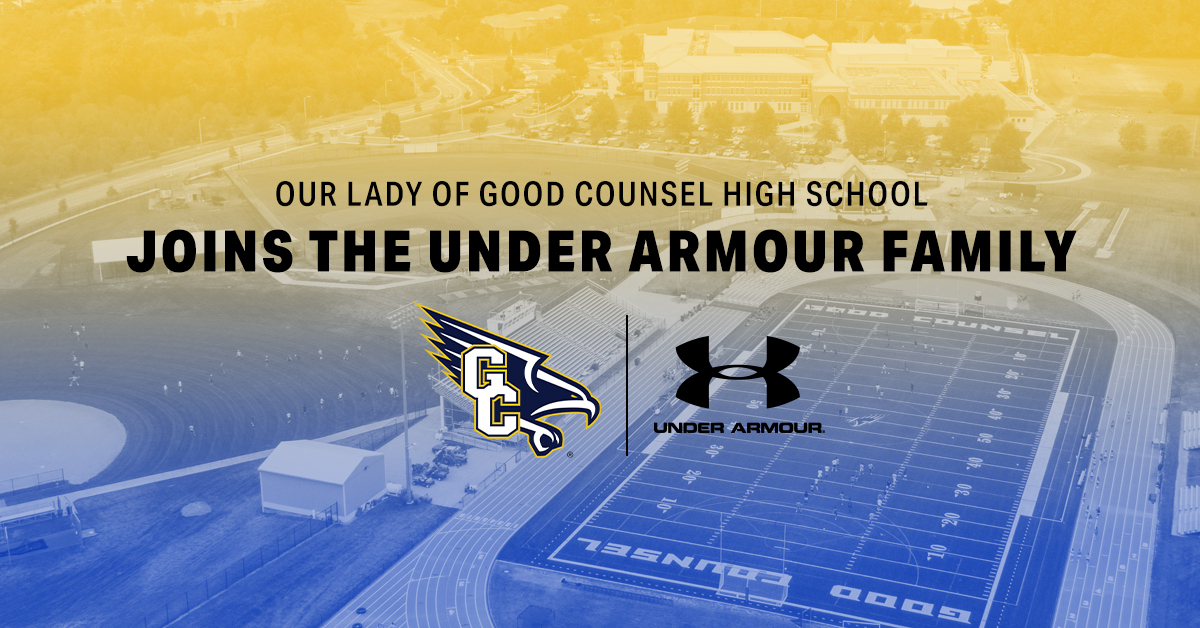 March 2, 2020 – Our Lady of Good Counsel High School has reached an agreement with Under Armour to provide its teams with performance athletic products and team apparel.

"I am thrilled to announce that the Good Counsel Athletic Department has agreed to a multi-year partnership with Under Armour," Good Counsel Athletic Director Steve Howes said. "We strive to provide our student athletes with an elite, well-rounded experience as we pursue championships. Outfitting our student athletes in the best products is a part of that experience."

The Falcons' athletic program is among the finest in the highly competitive Washington Catholic Athletic Conference. The school fields 54 boys and girls teams at the freshman, JV and varsity levels. Its Under Armour products will be delivered through BSN SPORTS.

In the past decade, Good Counsel has won more than 70 WCAC championships. This school year alone, it has captured league titles in football, girls soccer, field hockey and girls swimming and won the Mid-Atlantic Prep Hockey League championship. In addition, Falcon alumni compete at the highest levels of college and professional sports.

"I remember being told 50-plus years ago in grade school that clothes maketh the man," Good Counsel President Paul G. Barker said. "Under Armour gear looks good and feels good. Our student-athletes are going to gain an edge in confidence and performance from this alliance with Under Armour."

Howes, a Good Counsel alumnus who became athletic director on Aug. 1, 2019, made it a point to find a partner that would enhance the Falcons ability to compete for championships. He found that in Under Armour. He is also pleased that Good Counsel coaches and athletic staff will be outfitted by the Baltimore-based company.

"Under Armour is recognized worldwide as a premier athletic apparel company," Howes said. "We are thrilled to begin this partnership with a company that is based right here in our great state of Maryland."

Good Counsel is joining an elite group of schools and athletes that recognize Under Armour as the world's top performance-solution company. These include, among others, Notre Dame, Boston College, Maryland, Yale, UCLA and Navy, as well as world-champions Tom Brady, Kelley O'Hara and Stephen Curry.