Nov 5 2019 8:57 AM
Share to FacebookShare to TwitterShare to Google+Share to LinkedInShare to PinterestShare to EmailPrint this page

On Sunday, November 3, both of our Field Hockey and Girls Soccer teams repeated as WCAC Champions. Field Hockey scored 3 unanswered goals after being down 2-0 to St. John's, the final coming in overtime.

Girls Soccer scored what would be the winning goal halfway through the first half and hung on the rest of the game to keep Elizabeth Seton scoreless.

Our Boys Soccer team also played in the WCAC Championship but fell short to Gonzaga 2-1 after giving up two second half late goals. 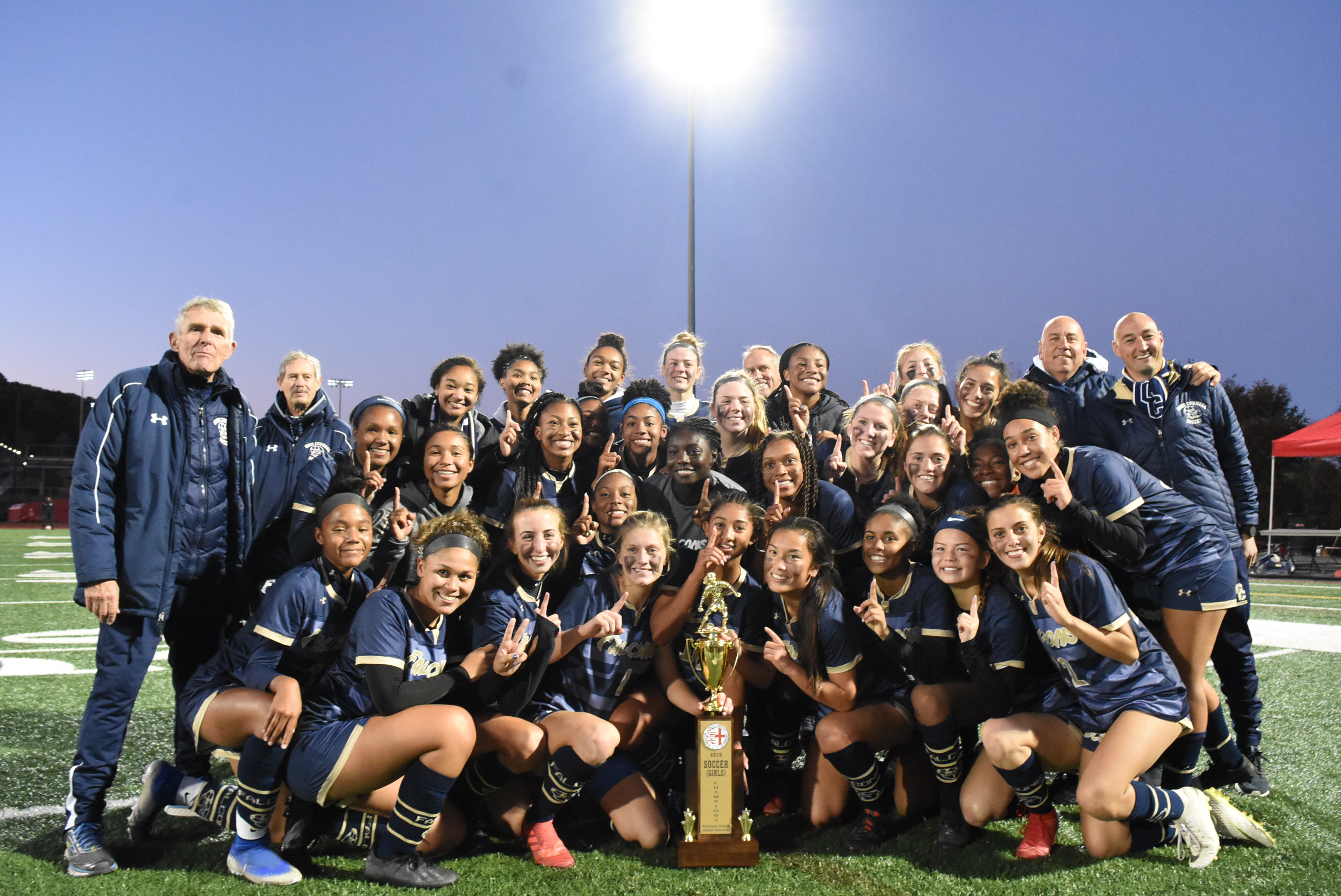