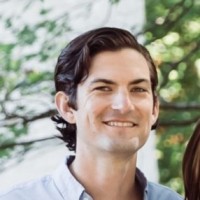 February 8, 2022 – Max Snider has been named interim head boys lacrosse coach at Our Lady of Good Counsel High School. He will coach the team in 2022 before Dane Smith takes the reins the following school year.

"I am thrilled to have Max join the Falcon athletic family," Good Counsel Athletic Director Steve Howes said. "He brings a wealth of experience as a player and coach and is passionate about this opportunity. He has assembled a highly qualified staff that will be dedicated to giving our student-athletes a great experience while laying the foundation for a new era in Falcons lacrosse."

Snider, who also served as St. Andrew's head JV coach, contributed to the varsity posting a two-year record of 28-8 (.778 winning percentage). In 2019, the Lions went 16-3 en route to the finest season in school history. The team was unbeaten in league play, had a school-record 12-game winning streak and won the MAC tournament championship.

Michael O'Halloran (offensive coordinator), who served in the same role at Oakdale High in Ijamsville, Md. He played at NCAA Division I St. Joseph's University. At Poolesville, he was a three-time (2005-07) All-Conference attackman. As a senior, he was named All-Montgomery County.

Jace Buchek (defensive assistant), who started 15 games during his career at SUNY Cortland and contributed to four (2016-19) NCAA Division III Tournament teams. As a sophomore defenseman in 2017, he helped the Red Dragons finish 17-3 and win two NCAA playoff games. He was a two-time All-MAC performer at St. Andrew's prior to graduating in 2015.

Dominic Halstead (defensive assistant), a four-year (2014-17) defenseman at NCAA Division III Bethany (W.Va.) College. As a junior and senior he was named second-team All-Ohio River Lacrosse Conference. He ranked second on the team in caused turnovers in 2015 (19) and '16 (24). During his final season he scored two goals and collected a career-high 54 ground balls. He graduated in 2013 from Wilde Lake High School in Columbia, Md., where he competed in track and lacrosse.

"The staff we have put together in such a short time is a testament to the Good Counsel lacrosse brand and history," Snider said. "It is an absolute privilege to be coaching the Falcons. I'm incredibly excited about this group of young men and the excellent coaches who have agreed to come on board.

"The future is bright, and we are eager to start building the foundation for a program that I am confident will compete for WCAC titles."

Snider began his coaching career in 2013 as offensive coordinator at Millsaps College, an NCAA Division III school in Jackson, Miss.

For the next two seasons, he was head JV coach and operations director at his high school alma mater, Christ School in Arden, N.C. He is a founding member and chair of the lacrosse affinity group at the all-boys Episcopal boarding school. The group supports the program through awareness, engagement and fundraising.

In 2017, Snider served as offensive coordinator at Urbana (Md.) High School. On the club level he has coached at Madlax, Lax Factory/3d Maryland and Next Level Lacrosse. As a player in 2006 and '07, he was a Madlax All-Star.

Snider played his first two years of high school lacrosse at Poolesville. As a freshman in 2004, he helped the Falcons finish 15-1. He then transferred to Christ School, where he became a two-time All-Conference midfielder before graduating as an honor roll student in 2008. The 2006 Greenies advanced to the program's first state semifinals.

Snider played one year at Catholic University (2009) and started at Howard (Md.) Community College in 2011. He enjoyed his greatest success playing for the club team at the University of Mississippi. The Division I Rebels compete in the Men's Collegiate Lacrosse Association.

The two-year starter and captain scored three goals in a 9-4 victory over Texas Tech in 2012 and had another hat trick in a 12-11 win at LSU. The following season, in a 16-3 victory over Rhodes College, he tallied two goals and three assists.

Snider works as commercial real estate relationship manager for Capital Bank in Rockville, Md. He is the co-founder and principal of Parkway Development and Parkway Capital, which focuses on syndicating, renovating and operating multi-family, subsidized housing in Washington, D.C.

James Max Snider was born in Oakland, Calif. He grew up in Kensington, Md., and Barnesville, Md. He has done whitewater kayaking in several countries and through the Grand Canyon. He and his wife Leslie live in the nation's capital.

The Falcons' athletic program is among the finest in the highly competitive Washington Catholic Athletic Conference. The school fields 54 boys and girls teams at the freshman, JV and varsity levels. In the past decade, Good Counsel has won more than 70 WCAC championships.

Our Lady of Good Counsel High School is a private, Catholic, college preparatory, coeducational high school located in Olney, Maryland. It is part of the Roman Catholic Archdiocese of Washington. Operated under the sponsorship of the Xaverian Brothers, Good Counsel offers students in grades nine through twelve, a wide array of programs and activities that advance academic excellence, foster spiritual growth, and encourage leadership and service to others. With a student body of just over 1,200, Good Counsel prides itself as being a community that promotes an inclusive environment, embodying the Xaverian Brothers' values of simplicity, humility, compassion, zeal, and trust. The school was founded in 1958 as an all-boys school in Wheaton, Maryland. In 1988, the school became coeducational. During the 2006-2007 school year, the school relocated to a new, sprawling 51-acre, state of the art campus in beautiful Olney, Maryland. For more information, visit olgchs.org.