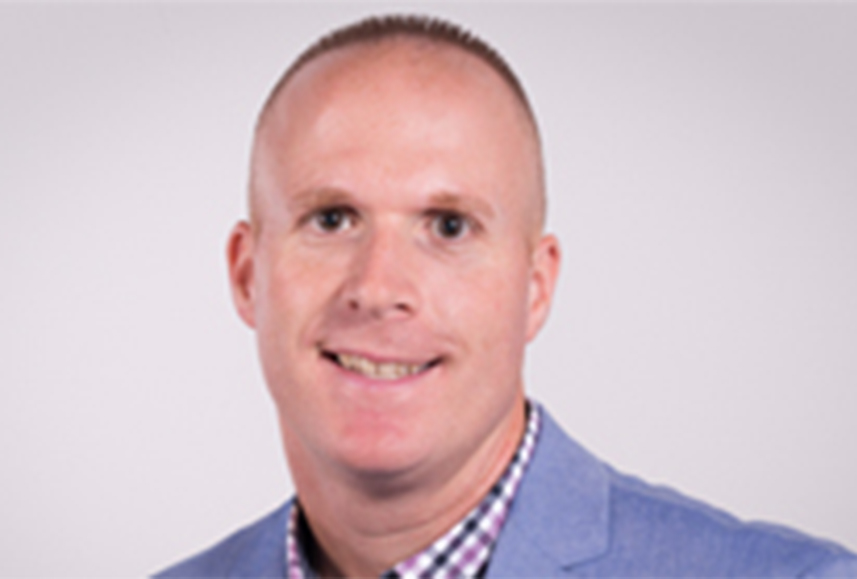 Sept. 3, 2020 – Toby Heusser, one of the most successful ice hockey coaches in Maryland, has been named head coach at Our Lady of Good Counsel High School.

"I'm extremely happy that Toby has joined our Falcon Family," Good Counsel Athletic Director Steve Howes said. "The energy and knowledge he brings to the game is truly outstanding. His passion for coaching and mentoring young people stands out significantly."

Heusser, who takes over a GC program that won last year's Mid-Atlantic Prep Hockey League A Division title, is excited for the new challenge and opportunity.

"Good Counsel has a strong reputation as an elite school for academics and athletics, as well as a family atmosphere," Heusser said. "I want every hockey player that plays for me to know that I am not only their coach but a lifelong friend and mentor after they graduate. Relationships are so important, not just in sports, but in the classrooms and workforce.

"I think I do a good job developing long-lasting relationships with my players."

Heusser has coached several players who have played college hockey. Schools include, among others, Maryland, Georgia Tech, Liberty, Salisbury, Towson and Rhode Island. In 2013-14, the Hawks were recognized with the MSHL's top academic award for highest team GPA.

"The people associated with Toby's program at Urbana raved about his ability to connect and inspire young people," Howes said. "He understands the influence we have as coaches to positively impact a student-athlete's life, on and off the field of play. I look forward to him building off our MAPHL title and developing a consistent championship culture of success while instilling the GC values into their character development."

Heusser played four years (1990-94) of lacrosse and football at Glenelg (Md.) High School. Both teams won 1993 county championships. Following his 1994 graduation, he helped start the Howard County school's hockey team. On Feb. 21, 2020, he was inducted into the Glenelg Hall of Fame.

In youth hockey, Heusser competed for the Tri-City Eagles and Howard Huskies. The Eagles, in their inaugural season (1993-94), advanced to nationals. In 1992, he was invited to the USA Select Camp in St. Cloud, Minn. His roommate was 1998-99 NHL Rookie of the Year Chris Drury.

Heusser was a four-year starting wing for Towson (Md.) University's Division I hockey team. He graduated in 1999 with a degree in criminal justice. He earned a master's of education in 2006 from the University of Phoenix. He has attained Level 5 coaching certification, the highest offered by USA Hockey.

Heusser taught third-, fourth- and fifth-grade from 2006-16 before becoming an equity teacher specialist for Frederick County Public Schools. He was also a deputy sheriff in the Richmond (Va.) area.

He and his wife, Cheryl, live in Urbana with their son, Beck, and daughters, Rhyleigh and Peri. 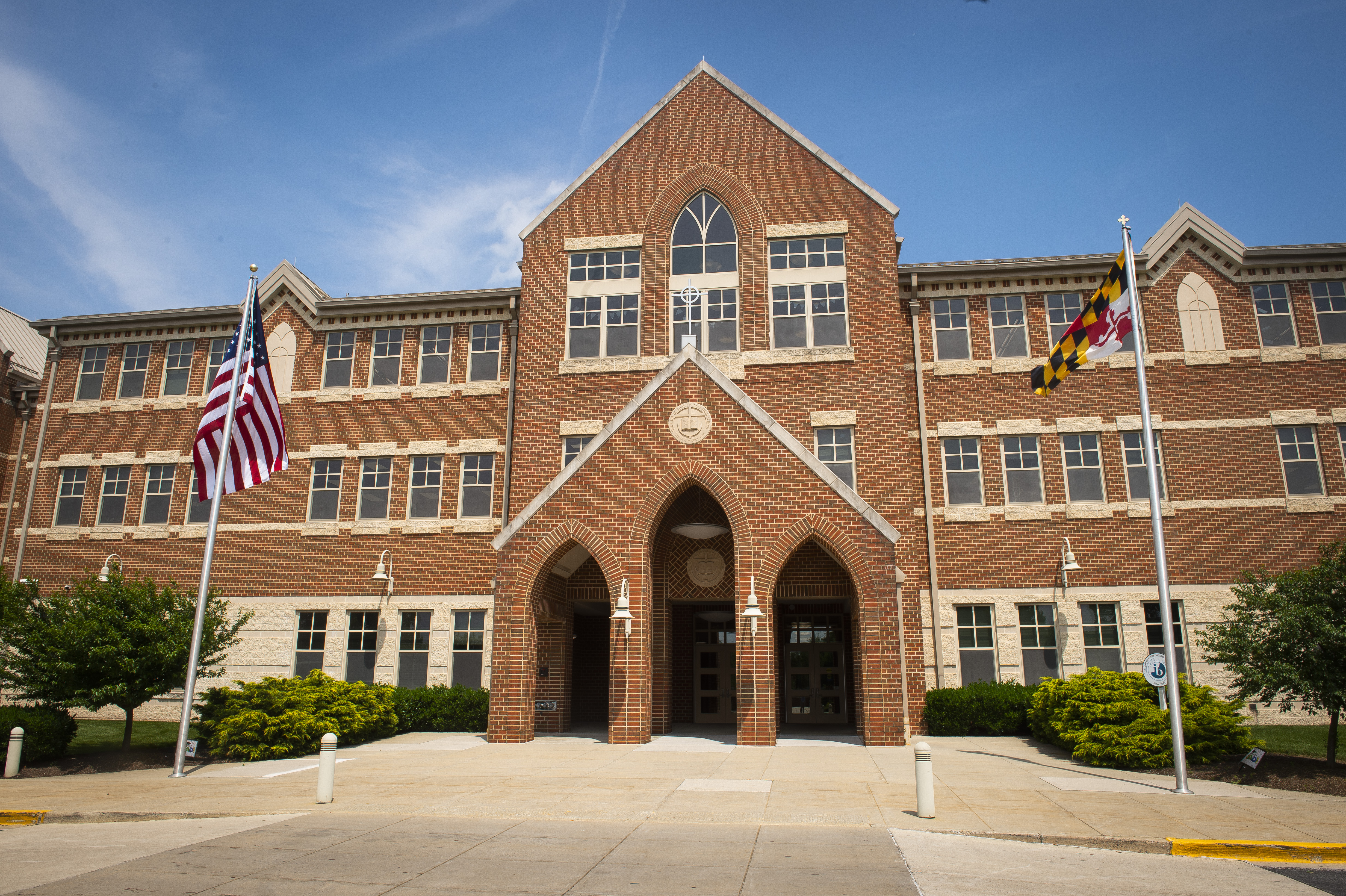 Our respective roles provide frequent opportunities to speak for our community. We readily admit we have struggled to find words adequate to address the anger, hurt, and frustration expressed daily in the streets of our nation's cities.

As hard as it is to watch the video of the murder of George Floyd, we cannot look away. This is a time when our country and this community must stare at the brutal reality of racism, discrimination and injustice.

As we watch events unfold at the national level, much closer to home we get reminders of the pain experienced every day by our black community. Good Counsel cannot afford the convenience of treating this deep societal sickness as some remote city's problem. Our interest in college football includes following some of our recent alums on Twitter. Reading their tweets after the video of the killing of Ahmaud Arbery surfaced a couple of weeks ago, laid bare the pain that we are certain is shared by many of our young black men. How can they feel safe? Their hurt and fear and anger were raw. On Sunday afternoon, we received several emails, all from rising sophomores, each expressing love for our school and yearning for us to speak out; their distress could not have been clearer. On Monday, one of our colleagues shared how shaken she was. Her husband, a middle-aged black man, was verbally abused and intimidated while out for a peaceful bike ride in Olney this past weekend. And overnight, we received emails informing us about a photo that was posted on social media of a white student in black face. Racism, prejudice and hatred pack a dehumanizing punch.

It is impossible for us to truly comprehend the cumulative effect of daily dealing with such pressures, especially as experienced by our young black men. We are parents who never had to have "the talk" with our sons about how they should behave to stay safe.

As a Catholic school in the Xaverian tradition, Good Counsel can and must be a force for change. The current climate forces all of us to acknowledge what the Brothers refer to as "our sinful and graced humanity." The burden of eliminating racism is on all of us. Those of us with so many advantages need to own our central role in the work of change.

In their Fundamental Principles, our founders, the Brothers talk about coming to "the understanding that a continual conversion is needed." Difficult conversations related to our understandings of race, power, authority, privilege, identity, and justice have been part of our country's narrative for longer than any of us has been alive. Such conversations have a place in this school. We recognize our important obligation to partner with families in helping students engage with these issues.

At the start of the school year, we promoted #GCUnity, We're all Falcons. It has been a painful dimension of the present moment that we have not been together for two and a half months. COVID-19 may have the Good Counsel community spread apart as we end the school year, but we can be united in our rejection of the sin of racism. With the resumption of school still months away, we will spend time planning ways for our young men and women to reflect, share, and grow in understanding of what is demanded of them if we are to have a more just society. And when we return, the events of the spring of 2020 must be remembered. #GC Unity, We're all Falcons is possible if we are willing to create safe spaces where we engage together in that "continual conversion."

We will become a stronger community when, embracing the Brothers' core spiritual values of humility and compassion, we acknowledge our personal and collective responsibility for establishing right relationships with one another. "God desires to manifest His care and compassionate love ... to those who suffer from want, neglect, and injustice: the poor, the weak, and the oppressed of this world." On such a foundation rests the Kingdom of God.

We are not there yet. Let's build together. 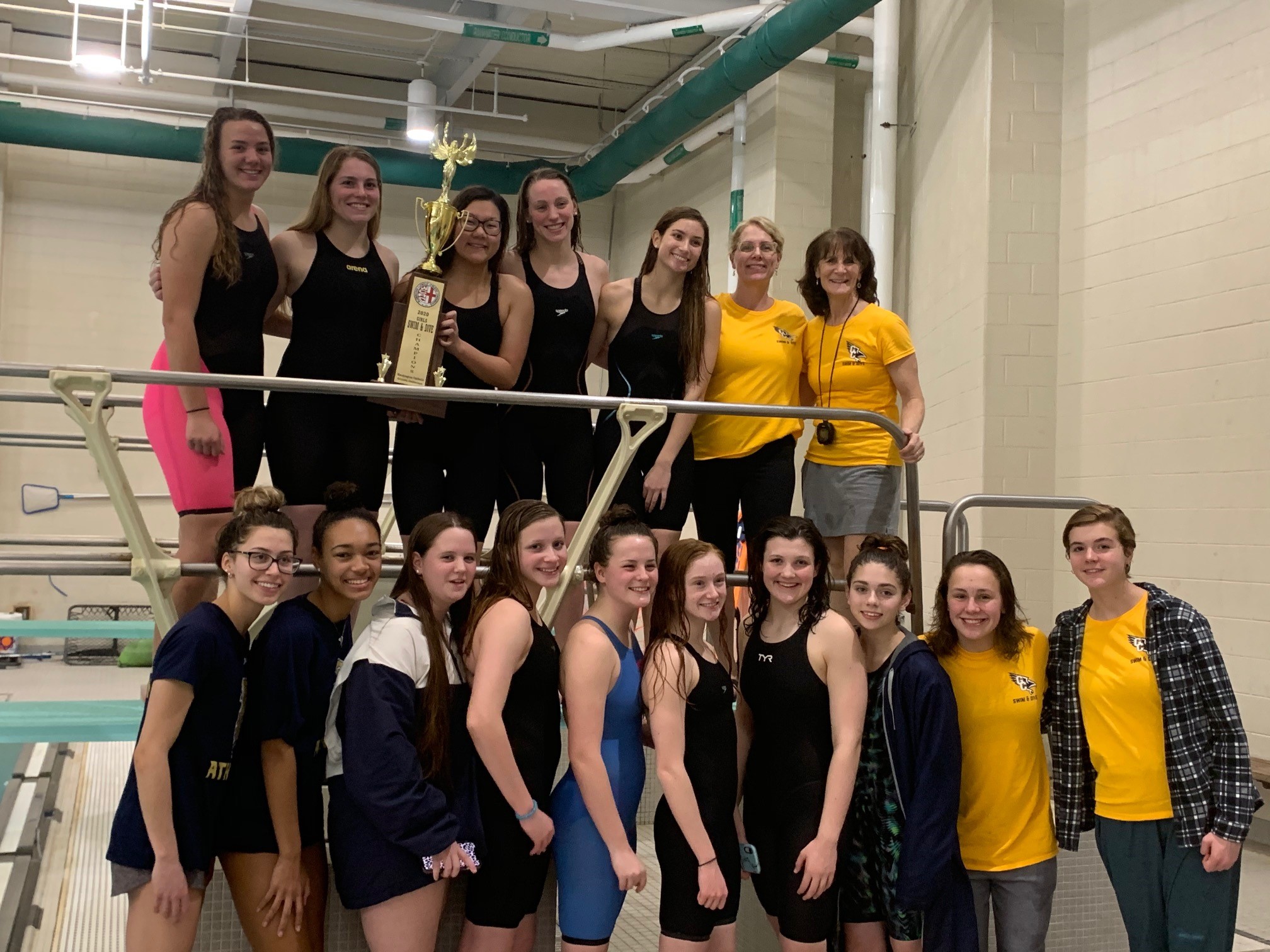 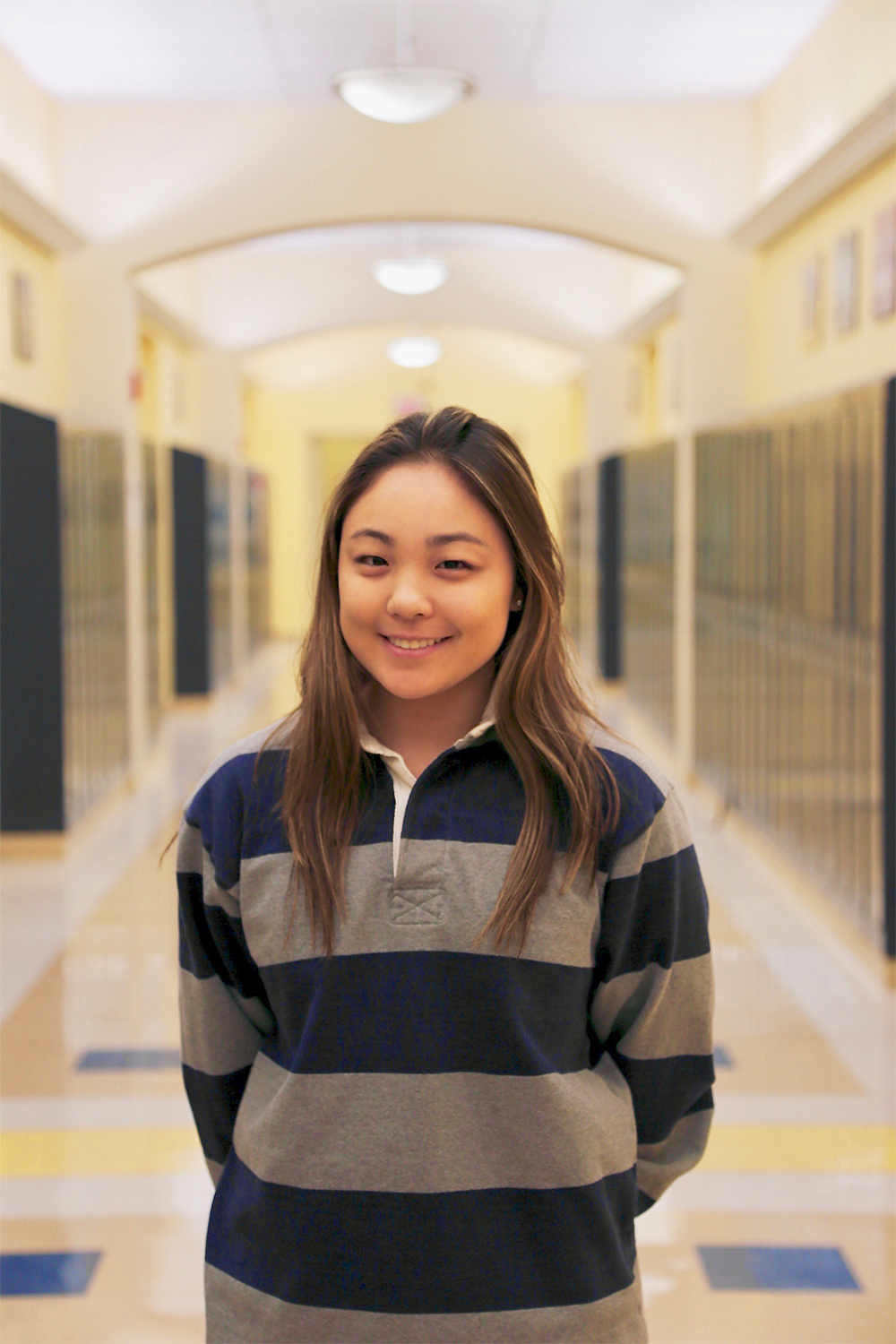 For teenage entrepreneurs, running a summer business can teach a lot of lessons.

Students, of course, are taking a chance when they launch ventures of their own instead of hunting for jobs, whether for the summer or the whole year. And in doing so, they're in for a crash course in entrepreneurship. They must learn about dealing with customer complaints, adjusting a flawed business model and more.

Here's what some student entrepreneurs learned about business—and, sometimes, life.

How she did it: Ms. Kim began tutoring in math and science as a summer business after her freshman year. She initially helped middle-school students, and then shifted her focus to high-schoolers, charging $20 an hour. She stopped tutoring at the start of her senior year to focus on college applications.

Be prepared to sacrifice: When two students complained that they hadn't been helped, Ms. Kim developed a money-back policy and refunded them each $40. But in the end, the students kept working with her. One told Ms. Kim that initially he didn't believe she could help him and wasn't paying full attention. When he buckled down, he picked up the material, she says. The other student appreciated Ms. Kim's hourly rate and that she went over the allotted time without charging more.

Adapt to your customers: When Ms. Kim saw students losing concentration, she modified her approach. After explaining lessons, she asked students to summarize to make sure they had understood the material. She also found a session of more than an hour was counterproductive. "Even at 70 to 75 minutes, kids would start to fall asleep," Ms. Kim explains.

Baltimore, Maryland – (April 24, 2019) – The Maryland Association for Environmental and Outdoor Education (MAEOE) is pleased to announce that Our Lady of Good Counsel High School has been certified as a 2019 Maryland Green School. Maryland Green Schools are part of a national and international community of sustainable green schools. Our students are becoming better stewards of our Earth's resources and developing a greater understanding of their own local environment. There are 614 active Maryland Green Schools, over 27% of all Maryland schools.

Over the past two to four years, our school has demonstrated and documented a continuous effort to integrate sustainable environmental management practices, environmental education curriculum, professional development opportunities, and community engagement into our daily operations. This award signifies that our school has made a commitment to developing stewards of the earth and reducing the environmental impact of our school.

"Our state has one of the strongest Sustainable Schools programs in the Nation. Students, teachers, school personnel, parents and community partners work together to create a positive learning environment. Student actions are essential to becoming a Maryland Green School," says Laura Johnson Collard, MAEOE Executive Director. "Schools that participate in the program save energy; reduce waste; conserve water; and create and restore habitat. More and more teachers are using the school grounds as an extension of the classroom; getting students outdoors is crucial for their connection with the environment."

MAEOE will celebrate with Green Schools, Green Centers and schools that are interested in knowing more about the program at the Annual Maryland Green School Youth Summit on May 30, 2019, at Sandy Point State Park in Annapolis.

About MAEOE: MAEOE is a non-profit organization. MAEOEs mission is to encourage, engage and empower the community to understand, responsibly use and promote the natural world. MAEOE s Maryland Green School program began in 1999. For a complete listing of Green Schools and Green Centers visit www.maeoe.org.